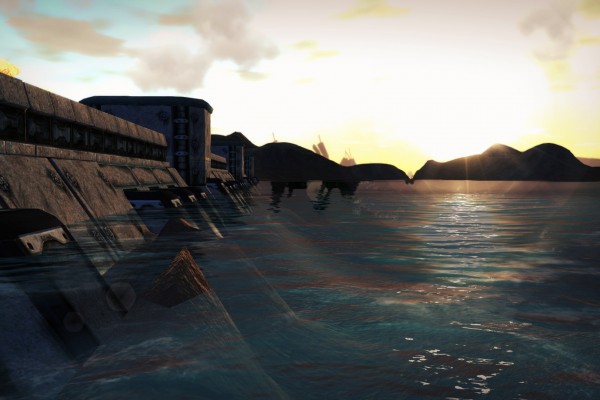 Since people in the test program wouldn’t need or have access to this, we decided to test it this way because this is precisely how the game will be accessed when completed.

The game is in dev and thus exposes the process of game development. Stuff can and will break, not work properly etc. That’s how games are made. It’s a process.

It’s a massive game with different experiences and built with an in-house custom engine based on various third-party middleware engines.

Games of this scope are very difficult and very expensive to develop, fine tune and tweak. It is a very long and arduous process fraught with problems, challenges, long days, sleepless nights.

Which is precisely the reason that we have been running these playtests, while unlocking specific aspects for focus testing so that we can fine tune, fix and tweak those aspects and thus ship a game with less problems than would otherwise be the norm.

So, essentially, you are on the ground floor of where we are, but probably don’t quite understand or appreciate what exactly it takes for us devs to bring our games to you.

My studio has never been one to make run-of-the-mill games; we target a niche audience of gamers who prefer something new, challenging and off the beaten path, in an industry that is rife with copycat and derivative games.

I reviewed the results of the playtest weekend and here are my comments to some of the suggestions, complaints etc.

Also, I updated the link in this thread to the game’s chart tracking. The metrics were way better than we were expecting, including play and engagement time. Especially for a game that a bunch of people couldn’t figure out, let alone play. So bogus “reviews” aside, I am quite pleased with the turnout.