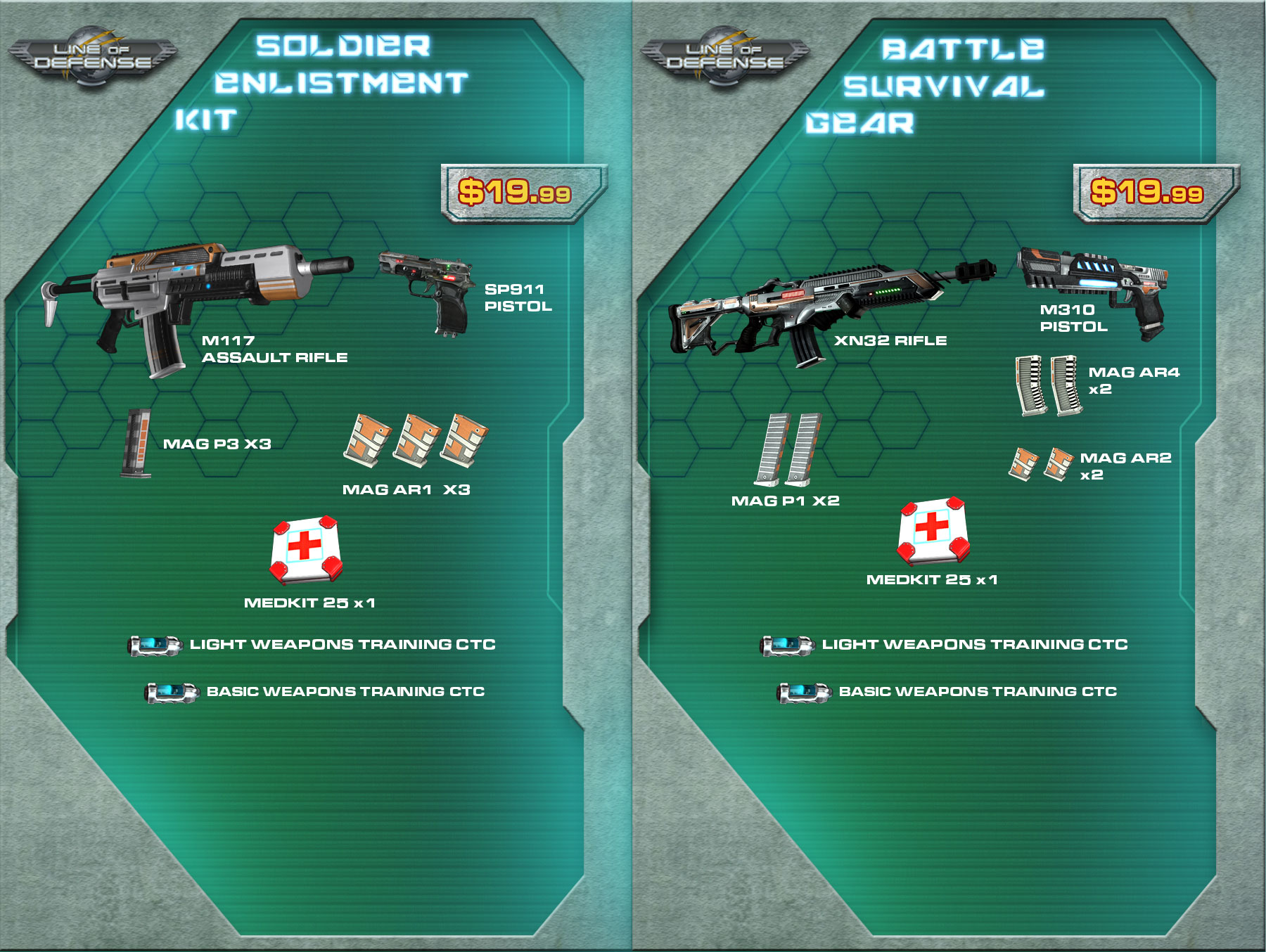 The Starter kit (SK) is a basic faction specific package that gets you into the game. It has various restrictions not present in the Tactical Advancement Kit (TAK) tiers.

For example, you can only deploy from deck 1 of the GCV-Starguard carrier. Terran Military deploy in the Commander’s Quarters & Officers Quarters, and Terran Insurgent deploy in the Guest Quarters.

Until account and feature restrictions are implemented, there will be no CTC restrictions on item usage. So for example, if you have a Starter Kit (it does not come with a jetpack), you can seek out a jetpack, wingsuit/wingchute, weapons etc in the various packs above and be able to use them.

Similarly, buying a game tier does not immediately guarantee access to the items not already implemented or unlocked in the game. For example, if you buy a TAK LIV and the GLE22 grenade launcher has not yet been unlocked, you won’t be able to use it until it is unlocked later on during development.

Check the online dB for a description & stats of each item

Each faction based Starter kit comes with the following items.