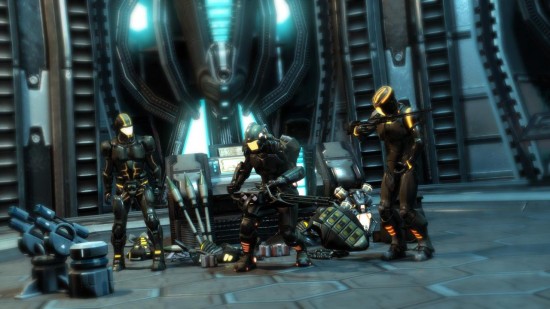 We were on schedule to launch the Steam Early Access last week but still found some issues to resolve and address. So it is delayed by about two weeks or so.

Sure it is a Beta product now and bugs are a large part of that. However, there were some show-stopping bugs and other missing things (e.g. we have to plug into Steam’s backend services in order to properly handle game and item entitlements) that we wanted to see working properly before the launch. Especially given how, some gamers, despite knowing what the words “bug”, “beta” and “testing” actually mean, tend to ignore all that and just rage on anyway.

To that end, we’re looking to launch around the middle of the month. All things being equal.

Now for the good news.

If you read the commentary about the Early Access pricing when it was announced, then you already know that a lot of people simply didn’t “get” why the Early Access was priced the way that it was. Nothing in this regard has changed. We are still looking for quality, dedicated, hard-core gamers who are going to look into every nook and cranny and into every facet of this massive game and let us know – with meaningful feedback – what we are missing and/or what we can do to make it better for all.

What has changed however is that given the vast scope of the game and its universe, as well as the many options, in a bid to appease almost everyone, we were able to add two additional Early Access tiers for a total of three. So the tiers are now Commander ($99.99), Ambassador ($69.99) and Emissary ($39.99).

Each of these tiers contains items which you will own (see the aforementioned entitlement issues) for the life of the game. Even when you use up all the consumables (bullets, grenades etc), when we do the game reset prior to going live, all the items will automagically reappear in your account as they were when you first entered the Early Access program.

The Early Access program is still considered “gated” access in that you have to, you know, spend money if you want to get in early and be a part of the staggered (which means that features, assets, world areas etc are released over time so that they can be focus tested without overwhelming players – it is a massive game) testing leading up to the game’s official release later this year.

It is IMPORTANT to note that these Early Access tier bundles will not exist in the final game because they are not bundled commodities available for sale within the game’s item shop. They were put together as a reward and incentive for joining the program. So once the Early Access program ends, if you didn’t pre-purchase one of these tiers, you won’t have access to those bundles (which are priced at up to 75% off btw) and so will have to be purchased individually.

Also, the unique items (TAB MX1B vehicle, Jetpack MK1B, Portable Supply Pack, Wingsuit/Wingchute SC spec, Special Ops ribbon) as well as the Commander Perks bundles, are exclusive to the Early Access program and will not be available for sale (as bundles) in the final game. They were created, bundled and implemented specifically for Early Access.

Once the game launches, the only bundles which will be available for sale, will be the standard Tactical Advancement Kits.

The game – at launch – will still be 100% F2P (Free-To-Play) with no purchase necessary and no monthly subscription fees. Of course, you can obtain items and stuff during gameplay as well as by purchasing them using in-game currency or real money. Don’t worry, we’re not going to Nickel and Dime gamers like those other guys. Why? Well because we don’t need to.

So that’s pretty much it. We look forward to seeing you in the game shortly.